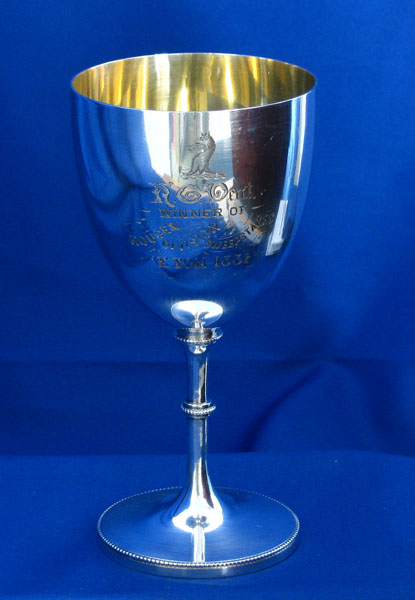 Description: This fine presentation cup has a goblet shaped form with a spreading pedestal foot.  The body of the cup is engraved with presentation detail.  The stem of the cup has decorative beading at three points including a collar at the base of the goblet.